Smashing Times Theatre and Film Company are delighted to be one of seven international theatre makers and creators working on a full-length theatrical production of The Last Days of Mankind, an epic anti-war satire by Viennese writer Karl Kraus in a translation by Patrick Healy, Irish Joycean poet, philosopher and professor. The play will be performed at the Leith Theatre Edinburgh on the centenary of the Armistice on November 11, 2018, exactly 100 years after the ending of World War I. The international cast are joined by Irish actors Michael Bates and Michael-David McKernan.

Leith Theatre, Scotland in partnership with arts organisations from across Europe including Smashing Times are delighted to present this contemporary satirical account of World War I, written in the cafes of Vienna by Karl Kraus. With original songs from the Tiger Lilies and an ensemble of professional actors drawn from Scotland, Ireland, Poland, Germany, France, Ukraine and Serbia, this is true European theatre. The play uses contemporary accounts, newspaper reports and political speeches to create a picture of World War I as it happened. The play was written over 100 years ago by Kraus, who published his own journal with a satirical and critical view on newspapers, social climbers and other writers and poets who supported the First World War and, in his view, perpetuated it.

In addition to The Last Days of Mankind, the partners will host Café Europa, a series of cultural activities exploring themes of war, conflict and political engagement. As part of the project Smashing Times will make a presentation on the work of the company and on the role of women in World War I and World War II at a Café Europa Framework Programme running from the 1 to 4 November 2018 at Leith Theatre, Edinburgh, Scotland.

Smashing Times is a professional theatre and film company that engages with its audiences through performance, training and participation. As a leading award-winning professional arts organisation, the company develops innovative, cutting edge, state of the art projects that promote human rights, gender equality and peace through high quality artistic processes, merging art, culture and politics to interact and engage with contemporary society and the world we live in. The company is part of the Smashing Times International Centre for the Arts and Human Rights incorporating Smashing Times Theatre and Film Company and the Smashing Times Youth Arts Ensemble. The centre is dedicated to the promotion, study and practice of the arts for human rights. The company is led by Mary Moynihan, Artistic Director and Freda Manweiler, Producer.

The First World War was a cataclysmic event on a global scale. Thus, when taken up as a subject for theatre, only an international cast can do justice to it. This also concerns a figure such as Karl Kraus. The Austrian writer and critic, whose play The Last Days of Mankind is an unsurpassed monument to the global bloodshed, was a figure not confined to national borders. His satirical journal Die Fackel was read all over Europe, and he led an intensive correspondence with artists and intellectuals on both sides of the trenches. Last Days captures the truly global scale of the war, from the French and Russian trenches to the war atrocities in the Balkans to the consequences for the most remote colonies. Only an international collaborative project can do justice both to the work and its author.

The performance is presented as part of the international cultural collaboration Café Europa/Project 1568. Co-director Yuri Birte Anderson says: ‘Theaterlabor came to Scotland first in 2015. Leith Theatre’s main auditorium wasn’t open and we did workshops in Leith Dockers Club. Kraus was a Viennese satirist, very controversial and he recorded everything he heard and turned it into a mega docudrama. Kraus perfectly manages to capture the war discourse of his time – the feverish war craze that seems over the top to us nowadays, but it was real. This will be truly European Theatre.’ The aim is to show performances in Katowice, Poland and Bielefeld, Germany. Co-director John Paul McGroarty says: ‘Kraus was one of the few artists who kept working through the war, he was writing away, taking in newspaper clippings, writing about things as they happened. He made a docudrama 100 years before anyone had a thought of a docudrama.’

In 2016 members of Leith Theatre, Scotland and Theatrelabor, Germany came to Dublin to see The Woman is Present: Women’s Stories of 1916 presented by Smashing Times for the centenary celebrations at City Hall and Smock Alley Theatre, Dublin and featuring original testimony and new Irish writing by Mary Moynihan, Peter Sheridan and Pom Boyd.

According to artistic director Mary Moynihan, ‘Smashing Times were subsequently invited by Theatrelabor to present The Woman is Present: Women’s Stories of WWII by Mary Moynihan, Deirdre Kinahan, Fiona Bawn Thompson and Paul Kennedy at the international Crisis Trauma Hope Festival at Theatrelabor’s main theatre space in Bielefeld, Germany in November 2017. Smashing Times went on to create a new co-production How far, Antigone, collaboratively devised by four artists from Smashing Times working with six artists from Theatrelabor, Germany and performed in Germany also in November 2017. The Irish artists were Mary Moynihan (associate artist), and actors Róisín McAtamney, Killian Filan and Laura Brady and the Germany artists were Yuri Brite Anderson (director), and actors Lukas Pergande, Agnetha Jaunich, Alina Tinnefeld, Thomas Behrend and Laura Parker. We are delighted to continue our creative collaboration, working once again with director Yuri Birte Anderson and artists from Theatrelabor, Germany and from Leith Theatre, Scotland and Poland, Ukraine, Serbia and France. This timely production of The Last Days of Mankind encourages us to reflect on the dynamics of war both in the past and today. As an artist I believe that theatre and film have key roles to play in contemporary society particularly in relation to telling stories of conflict and its impact on the human condition and asking how can we use a remembrance of war to promote peace?

The production of The Last Days of Mankind takes place in the Leith Theatre in Edinburgh in Scotland which is now run by the Leith Theatre Trust. The last major theatrical production in the theatre was in 1988 and the venue is now being slowly restored. Mike Griffiths, the play’s Executive Producer and a director of Leith Theatre Trust said: ‘This is a hugely ambitious production but one which seems appropriate to the rebirth of Leith Theatre. The theatre has also been a victim of war, so it seems fitting to present this satire of war and its destruction here in Leith as part of our commemoration of the end of another world war.’

In addition, the Olivier award winning cabaret artists The Tiger Lillies have written ten new songs for the production and will perform alongside the European actors in the magnificent Leith Theatre. Martyn Jacques’ new songs are inspired by the work of Kraus and will be performed by The Tiger Lilies appearing on stage alongside the actors. The auditorium will be transformed into a Viennese cafe with cabaret style seating evoking the atmosphere of fin de siècle Vienna. Martyn Jacques said he was finding plenty of inspiration in The Last Days of Mankind. ‘I have already done an album about the war poets – but this is very different. They were heartbroken young men waiting to die. This one is very much more sarcastic. It is humour but very black humour and of the kind I love. It is really perfect for The Tiger Lilies.’

Michael studied in Trinity College Dublin and trained at the Focus Stanislavski Studio. He has successfully completed projects with nationally and internationally renowned clients such as BBC, CBBC, ITV, Showtime, Sky, RTE, Irish Times, Eircom, Volkswagen and Ireland’s National Theatre, The Abbey. He has facilitated workshops on improv skills and audition technique. One of the enduring highlights of his career was performing the solo show, McKenna’s Fort (a one man show about the controversial historical figure, Irish humanitarian and rebel leader, Roger Casement) for President of Ireland, Michael D Higgins. 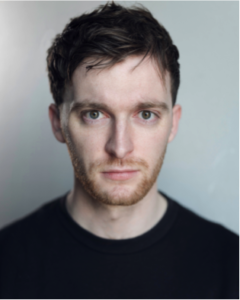 Michael-David is an Irish actor based in Dublin and London.

Most recently he wrapped a role on ‘Quantico’ for ABC Studios/Disney. He will be seen in 2018 playing Shane Twomey for Element Pictures’ ‘Red Rock’.

In 2017 he appeared in White Label’s production of ‘The Eurydice Project’ which ran at the Project Arts Centre, as Edmund in ‘King Lear’ at the Mill Theatre, as well as ‘The Voice Factor [X]’ at The New Theatre.

He is a singer and a multi-instrumentalist proficient with piano, guitar, and mandolin.

Michael-David is a graduate of The Programme for Screen Acting at Bow Street Film Academy. He has previously trained in Physical Theatre at LAMDA and holds a First Class Honours degree in Drama & Theatre Studies from Trinity College, Dublin.