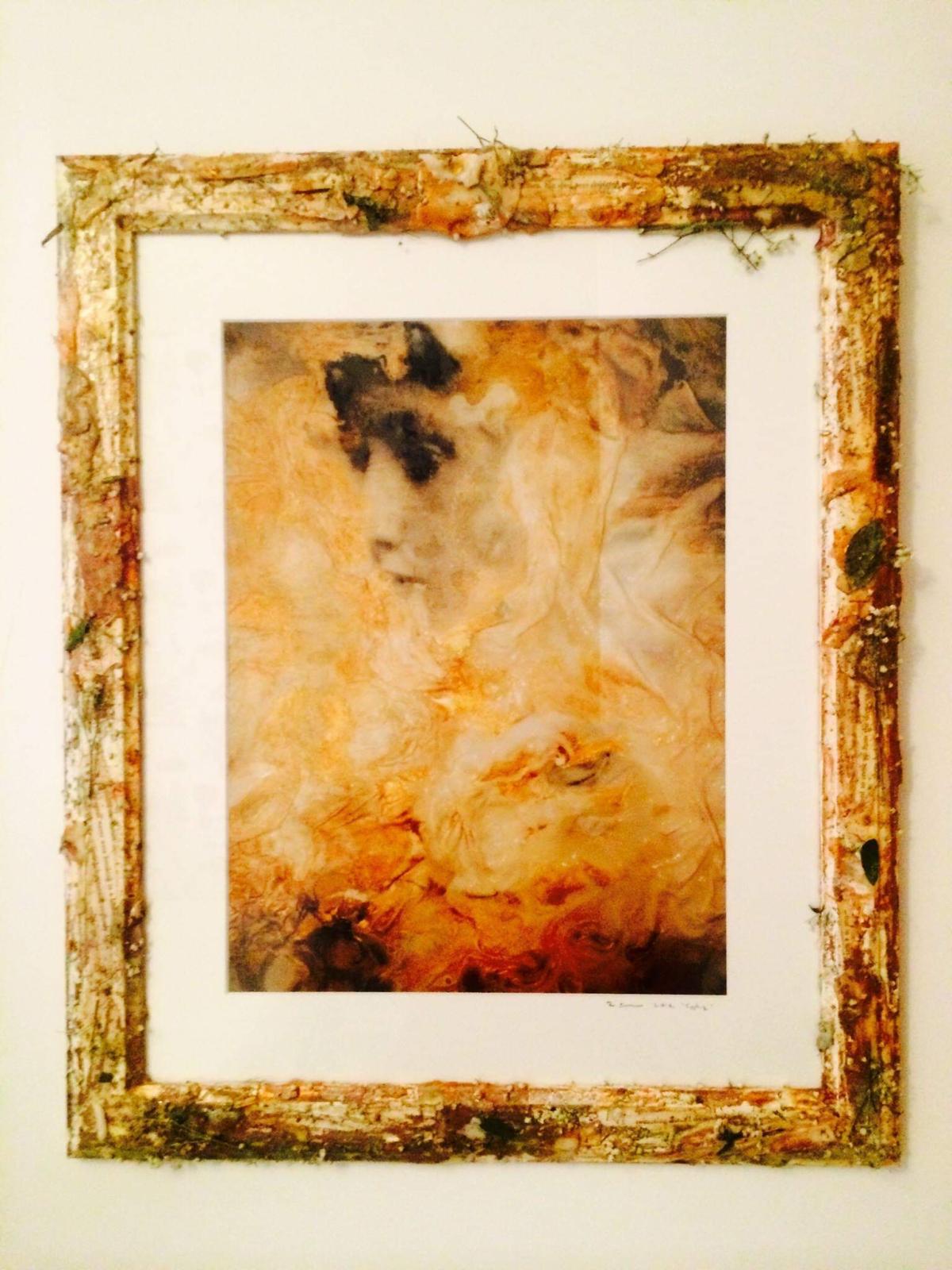 River of Thorns by Féilim James

Live Theatre performance celebrating the life of Margaret Kearney Taylor followed by post-show creative conversations, presented as part of State of the Art and Forgotten Voices

Presented for five performances only

River of Thorns is a new play, written by Féilim James, directed by Eric Weitz, performed by Michelle Costello, designed by Áine O Hara and produced by Mary Moynihan and Freda Manweiler.

River of Thorns tells the story of Margaret Kearney Taylor, an Irishwoman who escapes extreme poverty to mix with the elite of Spanish society, running the prestigious Embassy tearoom in Madrid. Yet when the Second World War strikes, and word spreads of Nazi death camps, Margaret is compelled to act, to risk it all for the sake of humanity despite living in a fascist state. Charting her journey from an austere English workhouse to the glamour of Spanish high life, to secret wartime saviour, this dramatic one-woman monologue is both riveting and moving, exploring what it means to be human in a time of massive injustice.

River of Thorns receives its world premiere at the Dublin Arts and Human Rights Festival, with five performances only taking place at the Chester Beatty hosted, Dublin Castle hosted by Smashing Times International Centre for the Arts and Equality in partnership IFESCOOP, Valencia, Spain; University of Hannover, Germany; and Akademia Humanistyczno-Ekonomiczna w Lodzi, Poland. Each performance of River of Thorns is followed by a post-show discussion with the artists involved.

Each performance of River of Thorns is followed by a post-show discussion with the artists reflecting on creative processes and artistic creation.

Guest speakers will reflect on the launch of ‘Remembrance’, a digital book exploring forgotten stories from diverse communities – Jewish people, political activists, people with disabilities, Spanish refugees, German anti-Fascist resisters, and Polish citizens – who stood up against Fascism and a hatred of the other during WWII, highlighting a belief in humanity and a determination to fight for a future where all people would be treated equal. A key question is ‘what does the EU mean to you’ and how can we work together to promote a Europe united in diversity and shared values of democracy, equality, peace and well-being for all.

Who was Margaret Kearney Taylor?

Margaret Kearney Taylor was born in the United Kingdom to an Irish family. She lived in Paris and later moved to Madrid where she was involved in sheltering people who had fled France during WW2 including Jewish people. Margaret, or Margarita as everyone called her, ran an elegant tearoom called The Embassy on Madrid’s Paseo de la Castellana for more than fifty years. What almost nobody knew was that she also helped orchestrate the escape of Allied servicemen and Jewish refugees fleeing Nazi terror during World War II.

The following information is taken from the introduction to the RTÉ Radio one documentary titled Tearoom, Taylor, Saviour, Spy which tells her story.

A few steps from the door of her tearoom – which is still open today and is frequented by Hollywood stars like Harrison Ford and Pierce Brosnan – stood the entrance to the German Embassy, which operated as headquarters for a thousand German spies in the city. Margarita operated under the noses of the Nazis. Her clientele included General Franco’s brother-in-law Ramón Serrano Suñer, the Spanish dictatorship’s most ardent Nazi sympathizer and Spain’s wartime Minister of Foreign Affairs. Margarita harbored escapees in her apartment above the tearoom until their forged papers were ready and they were able to travel on. In a plan masterminded by MI6, which had the imprimatur of British Prime Minister Winston Churchill, Margarita helped to spirit them to Portugal and freedom.

Margarita displayed enormous courage. When she died in Madrid in 1982, no one knew – beyond a few other people still alive who were involved in the rescue operation – about the heroic role she played during the war. The RTÉ Radio One documentary Tearoom, Taylor, Saviour, Spy, tells her story and includes interviews with wartime friends who knew Margarita, as well as testimony from a Jewish survivor who was spirited through Madrid during the Second World War.

Margaret Kearney Taylor was good at keeping secrets. While living in Spain she had kept details of her early life secret from many of her friends. She was born as Margaret Mary Taylor and her mother’s name was Ellen Taylor. Margaret Mary was born in a workhouse in Christchurch, southern England to a single parent. Her mother was Irish and she too was born in a workhouse in Kanturk, County Cork in Ireland in 1871. It is believed that Margaret’s father was John Kearney a Roman Catholic while her mother Ellen was a Protestant. Although born into a background of poverty Margaret would go on to rise to a high position where she mixed with the elite at the highest level of society.

Margaret travelled to France and went on herself to become a single parent giving birth to a daughter. According to Tearoom, Taylor, Saviour, Spy it was in France that Margarita took a paternity case against her daughter’s father, a Spanish diplomat with a ‘far higher social status than her’ and she won the right for her daughter to use her father’s name. In 1931 Margarita moved to Spain from Paris with her daughter and possibly inspired by the boulevard cafes of Paris, she set up a bar, tearooms and shop known as The Embassy Tearooms situated on the Paseo de la Castellana, a large avenue in Madrid.

The tearooms were run successfully by Margarita from 1931 to 1936. The day before civil war in Spain began, Margarita and her daughter who was then aged 11, both left Spain through the port of Santander and travelled to England. When the Spanish Civil War ended they both returned to Spain in April 1939 and Margarita re-opened the Embassy Tearooms. Margaret was a successful entrepreneur and the Embassy soon became one of the most successful tearooms of its time. It was a tea room, a ‘haven of civility where time stopped still’ and a shop selling home-made cakes. The tea room was described as theatrical, selling tea, home-made cakes and later in the evening, cocktails, attracting the public, the aristocracy of Spain and embassy officials working with the numerous embassies located close by. The German Embassy for example was in close proximity and had over 1,000 agents based there.

The aristocracy were associated with the dictator Francisco Franco Bahamonde, a Spanish general and politician who ruled over Spain as dictator under the title Caudillo from 1939, after the Nationalist victory in the Spanish Civil War, until his death in 1975. The tearooms were situated on the Paseo de Castellana which was near a number of embassies, hotels and restaurants frequented by Nazi officials as well as members of the aristocracy of Spain, who became Margarita’s main clientele.

However, in secret the tearooms also attracted a different type of clientele. With the spread of the Nazi dictatorship across Europe, secret escape lines or routes were set up to assist Jewish people, Allied soldiers and airmen and other people escaping the Nazis to get out of Europe. During the Spanish Civil War Franco received aid from the German and Italian fascists and when WWII began, he declared neutrality as Spain’s official wartime policy while continuing to support Nazi Germany. However as long as Franco felt there was no serious threat from the British he allowed them to have some presence in Madrid which meant that the British Secret Service had a strong presence there.

Margaret Kearney Taylor continued to entertain the elite of society while ‘secretly helping some of the 30,000 people evacuated through Spain during the war’. A number of escape routes were set up under the British secret service in Madrid and ran through the city, particularly routes for escaping Allied soldiers. These escape routes involved links between the British Secret Service, the French Marquis, officials working in the British embassy in Madrid and local people both in France and Spain. Margarita provided a ‘safe house’, with food, shelter and essential cover for thousands of those escaping through Madrid. The refugees would arrive at the restaurant as if visiting the tearooms and once inside they would visit the ‘restrooms’ and were then spirited away upstairs. Under the cover of darkness, they would then be picked up and continued on their journey to freedom.

During her time running the tearooms, Margarita became friends with the future queen mother of Spain, and a coterie of Nazi-sympathizing fascists, such as Ramón Serrano Suñer, Franco’s brother-in-law and a devotee of Heinrich Himmler. It is possible that because of the close connections between Margarita and Ramón Serrano Suñer, her tearooms were not as closely scrutinized by the authorities enabling Margarita to continue her resistance work undetected. Had she been caught she would have faced torture, imprisonment and possible death.

Very few people knew about Margarita’s involvement in the escape lines and her story remained unknown until a book came out in 2004. According to the documentary friends were shocked to discover she had smuggled refugees out of war-torn Europe or that she was associated with the British Secret Service. In the documentary Margarita is described as discreet and as ‘so elegant, so calm, so unflappable and so gentile, she knew how to deal with people’. According to Ciaran McCabe, historian at the National University of Ireland Galway, in an interview in the Tearoom, Taylor, Saviour, Spy documentary, ‘It is remarkable that she did rise to this fairly substantial, influential position’ running the Embassy Tearooms, playing a key role in rescuing thousands of refugees from the Nazi regime. The fact that a single parent whose mother was also a single parent is an extraordinary story of courage and bravery particularly as they lived in a time where social prejudice, stigma and discrimination against women who gave birth outside of marriage was pervasive. Despite the difficulties in life that she experienced Margarita carved out her own successful path and showed a remarkable commitment to protecting the rights of others.

Margaret died on 2 December 1982 and is buried in the British cemetery in Madrid. She was a clever, brave and compassionate woman who played a key role in saving thousands of lives and her story deserves to be remembered – ‘her greatest legacy was that she managed to use her position in Spanish society to help so many Allied service and Jewish refugees . . escape to freedom’.

The RTE Radio One documentary Tearoom, Taylor, Saviour, Spy, tells her story and includes interviews with wartime friends who knew Margarita, as well as testimony from a Jewish survivor who was spirited through Madrid during the Second World War.

River of Thorns is one of a series of artworks created by Smashing Times remembering women’s stories in history and is presented as part of a European wide project Forgotten Voices: Stories of Hope, Courage and Resilience from the Holocaust and WWII.

Forgotten Voices uses creative processes of theatre, film, online digital technologies and social media campaigns to remember forgotten stories of humanity, courage and resilience from the Holocaust and World War II, linking those stories to solidarity today and the key role the EU plays in promoting democracy, equality and peace for all. The project uses a diversity of forgotten or hidden stories exploring voices of resistance from ordinary people who stood up against fascism and a hatred of the other. Time and time again, acts of kindness, courage and resilience were carried out by ordinary people, both within the camps and in wider society struggling under totalitarian regimes, as people stood up against fascism to protect the rights of others. The project highlights how people from all backgrounds risked, and in some cases, sacrificed their lives for complete strangers, demonstrating a belief in humanity and a determination to fight for a future where all people would be treated equal.