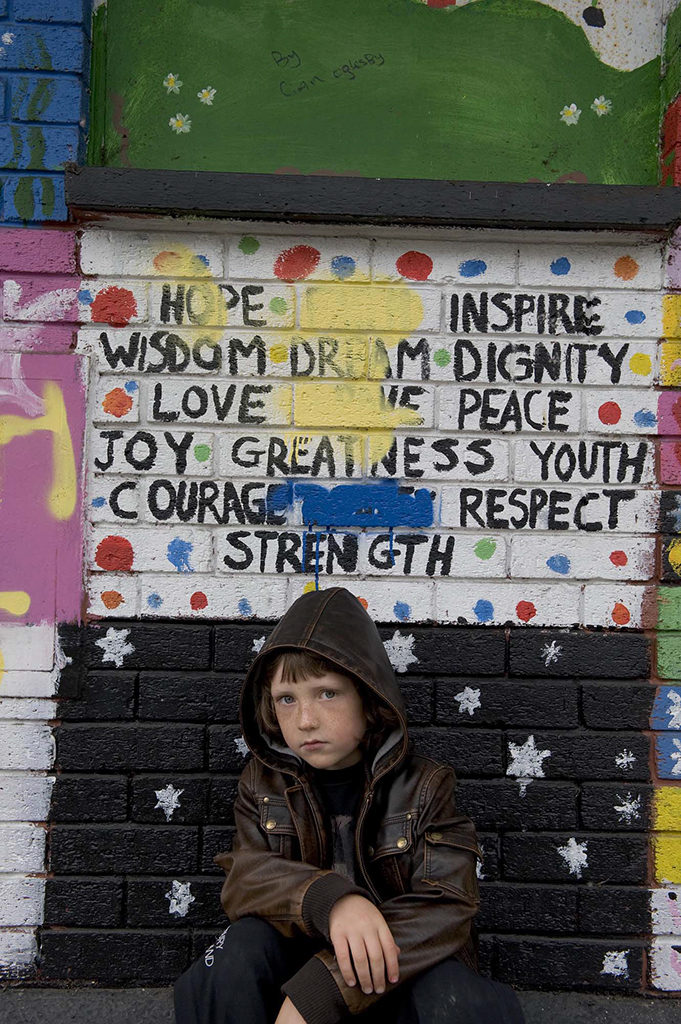 ‘something that they were afraid someone would bully them over and a sentence they would hate someone to say to them.  That’s where the first half of the play came from. All their own sentences and ideas. They cover puberty, sexuality, self-worth, inclusion, acceptance and so on.’

Aoife then worked with the young people over the course of ten workshops to discuss and improvise the theme of ‘conscience, how do we use it, do we listen to it, where does it come from, and does everyone have one’ and the content generated was used to create the final script.

Smashing Times International Centre for the Arts and Equality are delighted to feature the play ‘Speak Out’ as an artwork in the company’s online Arts and Human Rights gallery space.

Aoife Reilly is an actress, writer and drama practitioner. Her childhood was spent putting on plays for the neighbours and pretending to be a contestant on the Rose of Tralee! Her days are full of make believe, stories and poetry. She obtained her degree in Drama Studies from DIT and studied exams at The Guildhall School of Drama. Since then she has been sharing her passion for drama with children and young adults both in her private classes and schools around Dublin.