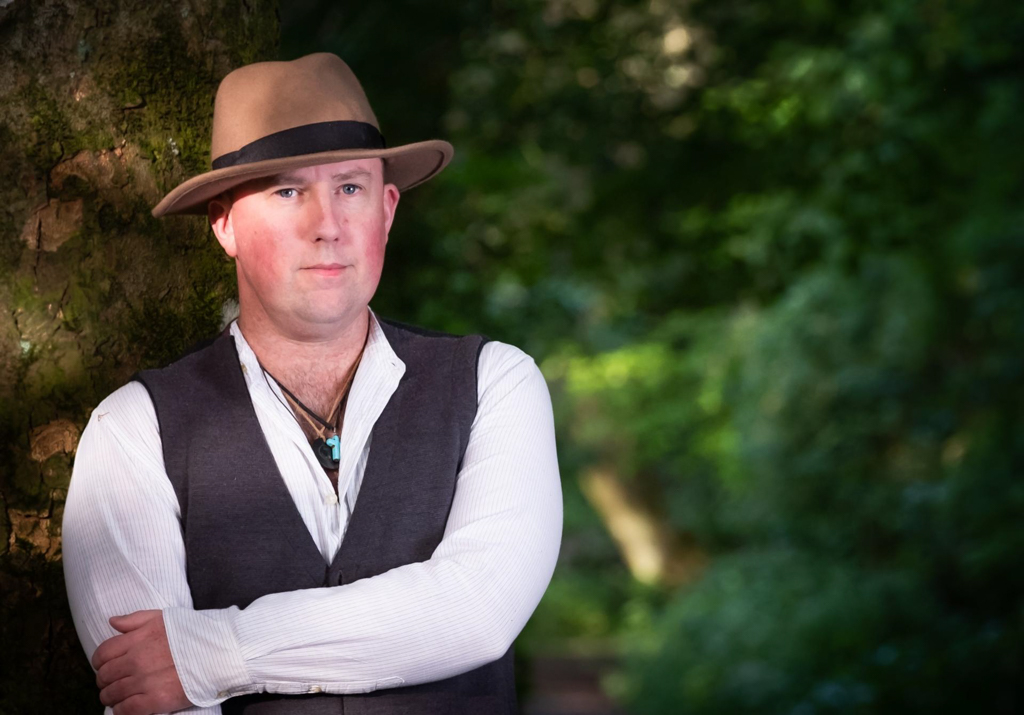 Presidents and Ghosts is a song about the great hunger of 1845 and tells how so many Irish travelled to the USA in search of a new life /survival.

Davie Furey released his album, Haunted Streets, in Febuary 2021 to much critical acclaim.  The album has been described as “a masterclass in song writing and musicianship” and has seen its four singles hitting #1 on the Irish Singer-Songwriter charts.

With Haunted Streets, Furey and producer/multi-instrumentalist Martin Quinn have done a wonderful job surrounding the singer/songwriter’s compelling tunes with dynamic, electric arrangements as well as talented musicians who sound like they’ve been playing with Furey for years. Haunted Streets’ 11 tracks defy easy categorization, with songs ranging from fiery rockers (“Fire and Gold” and “The Final Frontier”) to the tender piano ballad “Farewell Returning Blues” and boisterous, horn-fuelled “Spaces Full.” His music suggests an Irish twist on Americana music; something like Steve Earle or John Hiatt might have sounded liked had they been born in Dublin.

Over the past few years, he has been a Pure M Awards nominee in the Best Newcomer, Best Male Artist, and Best Irish Solo Act categories and nominated as Folk Artist of the Year for 2021’s Hot Press Irish Music Awards.  Furey’s 2015 debut Easy Come, Easy Go was well-received and garnered high praise from the likes of Christy Moore (“a fine, fine record”), Donovan ("An excellent piece of work”), Luka Bloom (“Davie sings from the heart and has the voice of a poet") and Jeremy Irons (“I love this album”). Furey cites Earle, along with Dylan, Springsteen, and Prince, among musicians he admires.  Encouraged by Irish musicians like Luka Bloom and Christy Moore, he worked hard to develop his own voice that showcases his Irish heritage.  For the Haunted Streets sessions, Furey and Quinn assembled an all-star line-up of Irish musicians: fiddlers Steve Wickham (The Waterboys), guitarist Francie Conway, keyboardist Darren Holden (The High Kings), banjoist Robbie Campion (Drops of Green), vocalists ELLYD and Susan O’Neill, and drummer Andrew Quinn.  Furey finished Haunted Streets just as the Covid pandemic put everything on hold. A new creative outlet in 2020 was starting a podcast, The Green Wave, where he interviews some of Ireland’s top musicians and writers. In February of 2021, Furey decided the time was right to release Haunted Streets in the U.K. and Ireland, and the album was  released in the U.S. on July 9th.