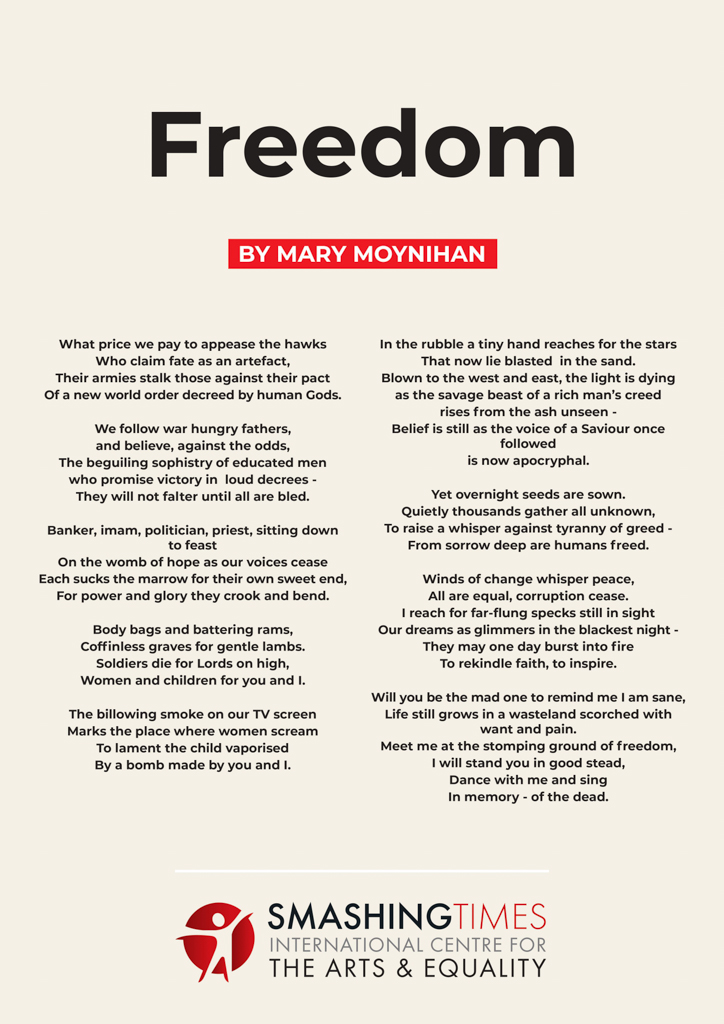 For artist Mary Moynihan ‘my influences have been the people I love, nature or the way of being and a sense of mystery. I am drawn in by historical memory, alternative narratives and what is hidden or unseen especially stories that live in liminal spaces and on the edge’.

Freedom is my way to speak out against the atrocities of war and intolerance  and the destructive impact of greed on our world.  The arts are essential for imagining new visions for the future and  now more than ever we need to come together to create the type of world we want to live  in, to promote and protect democracy and human rights. It is important to remember that democracy is not a given and it can be taken away.  I want to dance together with people for peace and freedom.

The image accompanying the poem in the gallery space is by Larissa Manley.