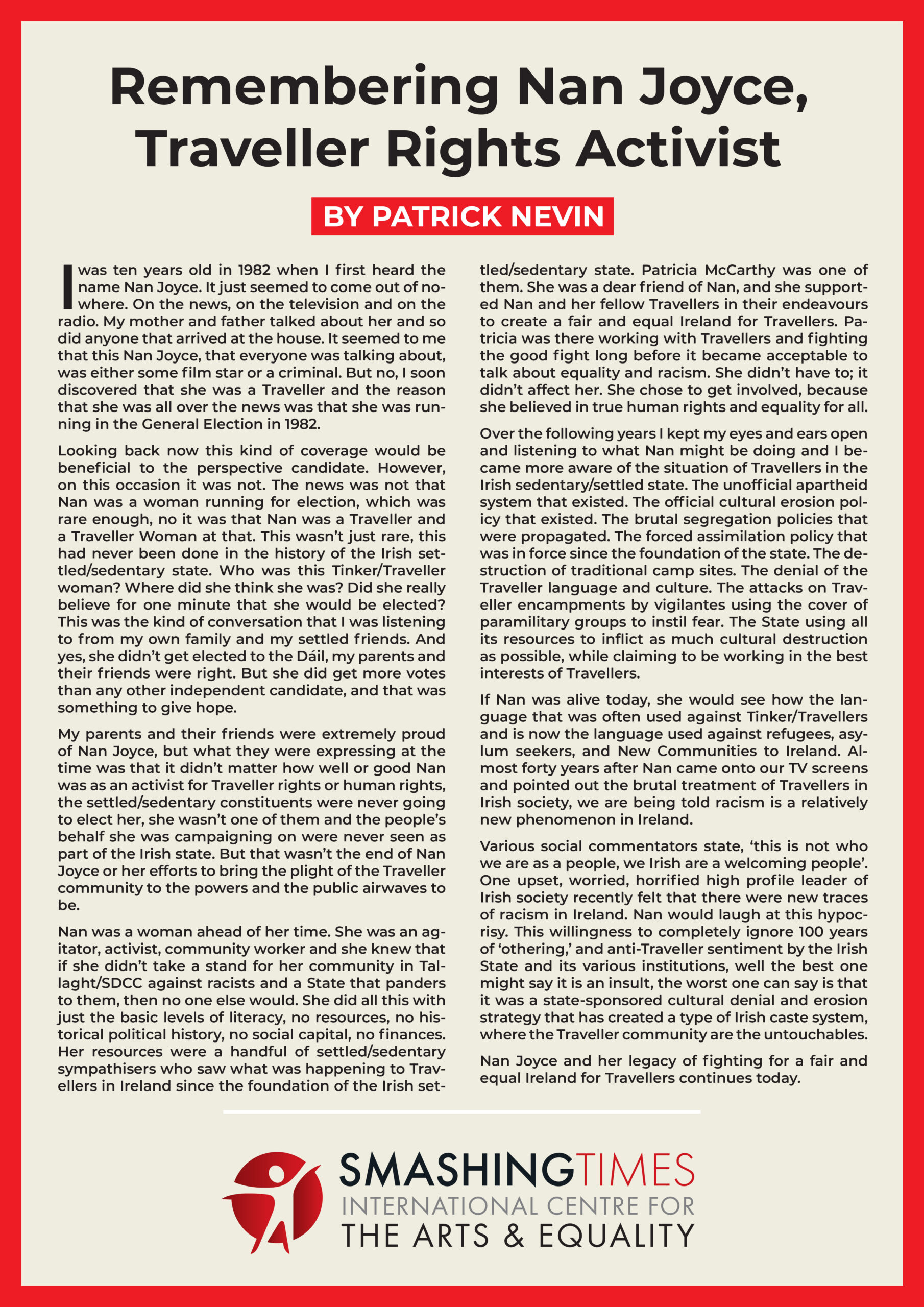 Patrick Nevin  has been greatly inspired by the Black Civil Rights movement in America, and by people like Martin Luther King, Malcolm X and Ghandi. But his biggest inspiration was Nan Joyce, the  traveller activist and first traveller woman to run for public office. Joyce worked to improve the lives of Irish Travellers across Ireland and suffered great injustices and was not given the respect due to someone running for public office because she was a traveller. Patrick’s own lived experience of racial discrimination and inequality were a big part of inspiring him to do the work that he does today.

In 2017 the Irish state officially recognised Traveller ethnicity. This is an important step however,  there is still so much that needs to be done. The travelling community faces structural, social, and legal discrimination. Patrick and the Tallaght Travellers’ Project advocate the rights of travellers every day.

Patrick Nevin is the manager of Tallaght Travellers Community Development Project, a community development and human rights organisation working with travellers in the Tallaght area in South County Dublin, Ireland. He began his career in 1991, working with people with disabilities, but soon transitioned to traveller rights work which he has been working in for the last 20 years.