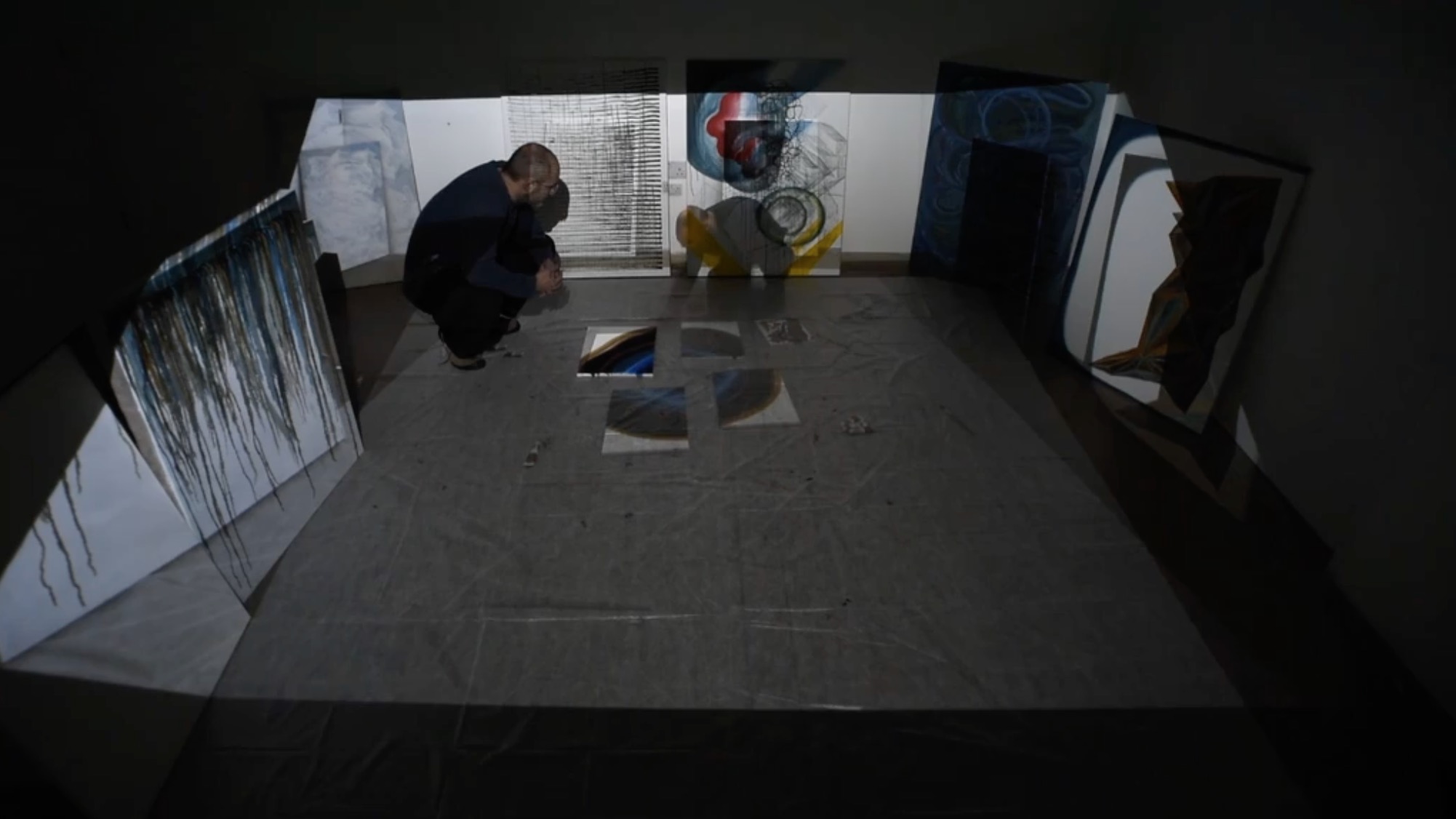 ‘Becoming a Painting’ is a film based on a video interaction which emerged during collaboration between artist Zainub Mawaz-Khan from Pakistan and Tomasz Madajczak in Ireland. The film is an outcome of a month-long collaborative art practice which involved oil painting and internet interactions with various individuals in Pakistan. The film is an observation of a meditative art practice which questions one’s identity and integrity, while challenging the common understanding and ways of thinking about painting as an art practice.

Tomasz Madajczak was born in 1979 in Gorzów Wielkopolski in Poland, studied Photography at the Fine Arts Academy in Poznań 1998-2003 completing an MAFA in the Intermedia Department. Tomasz emigrated to Ireland in 2003. He has exhibited in Poland, Germany, Netherlands, Sweden, Pakistan, France and Ireland. His approach is often collaborative. His works are often site specific, involving multiple art media (photography, video, sound) the space, light, found objects and encountered situations. His art journey began through interactions with the vibrant art community in Gorzów. In 1999 Tomasz created the “Thought Space”, a room filled with his thoughts written continuously throughout the space for a duration of seven days. Photography stayed very present in Madajczak’s realizations, either as documentation (which further was incorporated into an art work, as a reinstalled element), or as a way of involving a recollection, an ephemeral projected image. After moving to Ireland, his art was strongly influenced by the introduction to Irish culture, new landscapes and ways of the people inhabiting them.

From 2005-2010 in Donegal, Madajczak was dedicated to refocusing and re-developing new ways of working with photography, video and community in rural settings. When Madajczak moved to West Cork in 2010, his practice focused strongly on installation and embodied interpretation of live choreography. The connection with the Uillinn West Cork Art Centre supported and strengthened his practice from 2012-2021. The Summer School organized by Create in 2018 has introduced Tomasz to new ways of thinking and approaching socially engaged practice and cultural diversity. His recent projects include NoSpace, Thought Space, The Dimension of Text, Beyond Sound Communication, Hybrid Identity and Areas of Presence.

Tomasz has worked with art and education for about 15 years. Practical use of film and filmmaking, photography, assemblage, drawing, painting, graffiti, have served as methodologies introduced by Tomasz’s workshops and art works for young audiences. The combination of art and education plays a crucial role in the development of deep interest. He creates education workshops which engage participants.