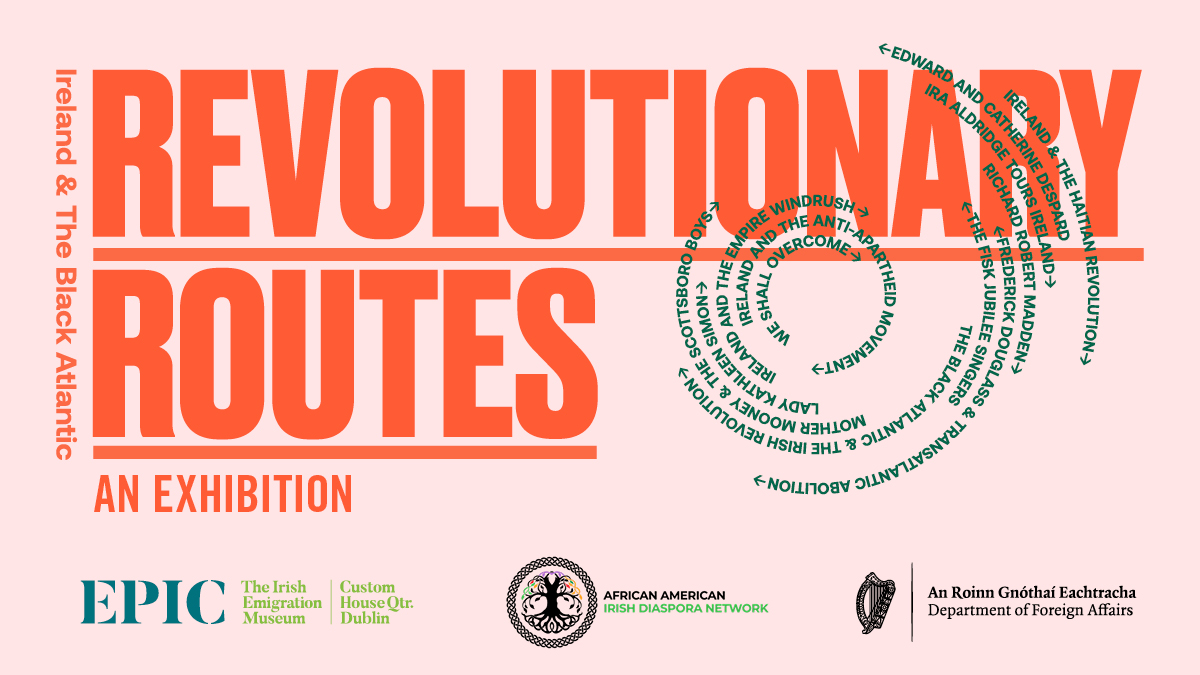 Stories of departure, arrival and return, tracing histories from the Age of Revolutions (1790s) to the present day, encapsulating Irish diaspora histories of abolition, racism, anti-racism and solidarity.

Ireland’s diaspora history is more diverse than you may think.

From 2022, EPIC is proud to present this exhibition exploring journeys that demonstrate significant themes and moments in the intertwining histories of the African and Irish diasporas. The exhibition is running until 30th October at EPIC The Irish Emigration Museum.

We feature stories of departure, arrival and return, tracing histories from the Age of Revolutions (1790s) to the present day, encapsulating Irish diaspora histories of abolition, racism, anti-racism and solidarity.

Discover stories of the ‘Wild Geese’ Families in the Haitian Revolution, of Edward and Catherine Despard, an interracial couple active in 18th century Irish revolutionary movements and of Ira Aldridge, the most famous Black actor of the early 19th century who spent six years in Ireland in the 1830s, touring across the country. Learn about Frederick Douglass’s encounters with the Irish in America upon his return from Ireland, of the Fisk Jubilee Singers, a choir of formerly enslaved people who toured Ireland in the 1870s and of Lady Kathleen Simon, the Dublin born anti-slavery activist of the early 20th century.

You will also learn about Michael Harmel, the son of Irish Jewish migrants in South Africa who was a comrade of Nelson Mandela and of Mayo born Mary Mooney, who toured the US, Russia and Europe alongside African American women to demand the release of their sons from death row.

These stories, featuring 22 countries and 11 Irish locations allow us to trace inward migration and multiculturalism within Ireland in addition to highlighting the diversity of the diaspora.