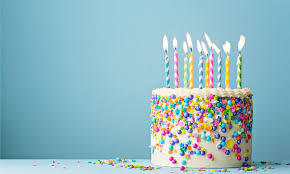 Smashing Times International Centre for the Arts and Equality invite you to take part in an open mic night for the arts and to join us in celebrating 30 years as the leading voice in arts for equality, human rights and diversity in Europe and internationally!

Artists and Guest Speakers include

Carla Ryan,  singer and performer, with Smashing Times International Centre for the Arts and Equality, Ireland

Smashing Times International Centre for the Arts and Equality  invite you to take part in an open mic night for the arts and to join  us in celebrating 30 years as the leading voice in arts for equality, human rights and diversity in Europe and internationally!

As Smashing Times International Centre for the Arts and Equality celebrates 30 years of working with incredible artists, partners, citizens and communities  and in a range of different artforms, promoting human rights, equality and diversity for all, we invite you to join us in a wonderful and celebratory gathering of arts, music, song and chat. We are delighted that artists, partners, citizens and communities from across Ireland and Europe will join us on the evening for creative conversations and taking part in our Open Mic Art session!

Come to the Chocolate Factory and explore the extraordinary State of the Art: Transformative Memories in Political Violence exhibition, while meeting with some of Smashing Times artists and partners who have worked with us throughout the years. The evening will be an opportunity for fun ‘meeting and greeting’, for informal networking, and for creative expression and celebration in an artistic setting. All welcome!

The Open Mic session is a celebration of talent in all ages and  artforms and we love all styles and arts. We welcome you to pop on stage for a short performance and to show and share with us your creativity. A delightful evening with an electric, fun atmosphere

The evening will feature short chats celebrating equality, diversity and human rights and you are welcome to contribute to our vision board with ideas for future ways forward for working with the arts to promote equality, diversity and human rights and to acknowledge and remember all those who have inspired us on our journey as we endeavour to create a world where all people are treat equal with dignity and respect.

As part of our the evening’s entertainment, we welcome you to view the State of the Art: Transformative Memories in Political Violence multi-media exhibition and installation at the Chocolate Factory, open daily 10am-6pm from Monday to Sunday,  3-23 October 2022 (16 October 2-6pm).

We also invite you to attend the  Visual Art, Photography and Poetry Exhibition at dlr Mill Theatre Gallery, Dundrum, open Tuesday to Saturday, 11am-4pm from 13 September to 29 October 2022 and featuring the work of writer and artist Mary Moynihan and visual artist Amna Walayat responding creatively to themes of freedom, change, transformation, power and control.

‘Smashing Times has a deserved reputation for exploring social issues with sensitivity and in depth… The plays are true theatre… extraordinary. Smashing Times must continue with it.’
IRISH TIMES

‘Smashing Times is a wonderful endeavour and I wish you well with all your future work.’
THOMAS KILROY, PLAYWRIGHT

‘This production and the discussion afterwards should be compulsory for all young people.
It is Theatre-in-Education at its best.’
MAEVE INGOLDSBY, WRITER AND PLAYWRIGHT

‘This work is so powerful, I wish there was more of this.’
MEMBER OF PUBLIC

‘What Smashing Times are contributing is cutting-edge… this is serious, thought-provoking and provocative work that is really impressive and valid.’
BRIDGET KELLY, MEMBER OF PUBLIC

‘I’ve never been presented with an issue like this in my experience before,
this has been extraordinary, powerful.’
TOM O’HAGAN, MEMBER OF PUBLIC

‘The Department of Education should fund this show to go into every school in the country. It is excellent and extremely important.’
LIAM HALLIGAN, MEMBER OF PUBLIC

‘This work is excellent . . . drama is so important, particularly for young people in schools.’
SECONDARY SCHOOL PRINCIPAL, CBS, WESTLAND ROW

As Smashing Times celebrates its 30th anniversary this year, we have decided to bring you a series called 30 We Admire – a selection of 30 activists, artists, books, films and more that celebrate our values of arts and human rights!

Greta is a Swedish environmental activist who is known for challenging world leaders to take immediate action for climate change mitigation. Her ‘School Strike for Climate Change’ has led to global campaigns for climate action.

Gandhi was an Indian lawyer, anti-colonial nationalist, and political ethicist who employed nonviolent resistance to lead the successful campaign for India’s independence from British rule, and to later inspire movements for civil rights and freedom across the world.

Rosa Parks was a civil rights activist who refused to surrender her seat to a white passenger on a segregated bus in Montgomery, Alabama. Her defiance sparked the Montgomery Bus Boycott. Its success launched nationwide efforts to end racial segregation of public facilities.

Philomena is an advocate and spokesperson for adoption rights. She has created The Philomena Project in order to raise awareness about adoption laws and find ways to improve them.

Vicky is a women’s health campaigner, and is a central figure in the CervicalCheck scandal. She has campaigned for the programme to be reviewed, and has called on the Irish medical system to be overhauled due to its failings.

Sinead Burke is a teacher and designer from Ireland. She advocates for inclusivity in the fashion industry, especially in the development of clothing inclusive of people with dwarfism.

Ifrah is a Somali-Irish social activist. She is the founder of the United Youth of Ireland non-governmental organization and the Ifrah Foundation, which is devoted to eliminating female genital mutilation.

Mairead is a peace activist from Northern Ireland. Along with Betty Williams and Ciaran McKeown, she co-founded the Women for Peace (now known as Community for Peace People). Maguire and Williams received the 1976 Nobel Peace Prize. More recently, she was involved in discussions around the Rohingya crisis.

Nelson Mandela was a South African anti-apartheid revolutionary, political leader and philanthropist who served as the first president of South Africa from 1994 to 1999. He was the country’s first black head of state and the first elected in a fully representative democratic election.

Emily Davison was an English suffragette who fought for votes for women in Britain in the early twentieth century. A member of the Women’s Social and Political Union (WSPU) and a militant fighter for her cause, she was arrested on nine occasions, went on hunger strike seven times and was force-fed on forty-nine occasions. She died after being hit by King George V’s horse Anmer at the 1913 Derby when she walked onto the track during the race.

Harriet Tubman escaped slavery to become a leading abolitionist. She led hundreds of enslaved people to freedom along the route of the Underground Railroad.

Harvey Milk was an American politician and the first openly gay man to be elected to public office in California, as a member of the San Francisco Board of Supervisors.

Dil Wickremasinghe lives in Ireland and is a social justice and mental health journalist, podcaster, speaker, mental health service provider, social entrepreneur, activist and occasional stand-up comedian. Dil is an outstanding advocate for the LGBTQI+ community and provides training and consultancy in equality and diversity.

Samantha is a youth ambassador and youth worker for the European Youth in Migration Forum with the Irish Refugee Council in which she meets with policy makers to discuss issues affecting young migrant people living in Ireland.

Senator Ní Fhloinn has been an activist and community worker for many years, working with groups such as the Irish Traveller Movement, the National Traveller Women’s Forum and Ballyfermot Traveller Action Programme. She also campaigned on issues such as housing, marriage equality, abortion rights and anti-racism.

Staša Zajović is the co-founder and coordinator of Women in Black, which is a world-wide network of women committed to peace with justice and actively opposed to injustice, war, militarism and other forms of violence.

Vesna Teršelič is a peace activist and was largely responsible for founding the Croatian Anti-War Campaign (ARK) in 1991 in Zagreb, Croatia. ARK promotes education for non-violent conflict transformation, human rights protection, social reconstruction and reconciliation, support for refugees and displaced persons, and help for the unemployed and the bereaved and those severely traumatised by war.

Francisca is a Spanish lawyer and politician known for her activism as a labour lawyer and in defence of democratic freedoms during the dictatorship of Francisco Franco. She was deputy of the Assembly of Madrid, Senator and MEP.

Helena is a human rights defender, journalist and researcher and founder of Caminando Fronteras or Walking Borders. She denounces human rights violations taking place on the southern Spanish border and works with the migrant communities in the defence of their rights.

Sanja Sarnavka is a peace and human rights activist. Since 2000, Sanja Sarnavka has been President of B.a.B.e., a Croatian non-governmental organisation which promotes and protects women’s rights.

Dr. Kruhonja is a peace activist and director of the Centre for Peace, Non-violence and Human Rights, Osijek, Croatia.

Sylvia Rivera was a Latina-American drag queen who was a gay and transgender activist in the 1960s and 70s. She’s known for participating in the Stonewall Riots of 1969 and establishing the political organization STAR.

Nellie Bly was a pioneering journalist, known for her ground-breaking 1887 exposé on the conditions of asylum patients at Blackwell’s Island in New York City and her report of her 72-day trip around the world.

Marsha P. Johnson was an African American transgender woman and revolutionary LGBTQ rights activist. She is credited for being an instigator in the Stonewall riots.