Launch of Visual Art, Poetry and Photography exhibition as part of Transformative Memories in Political Violence at the dlr Mill Theatre Dundrum 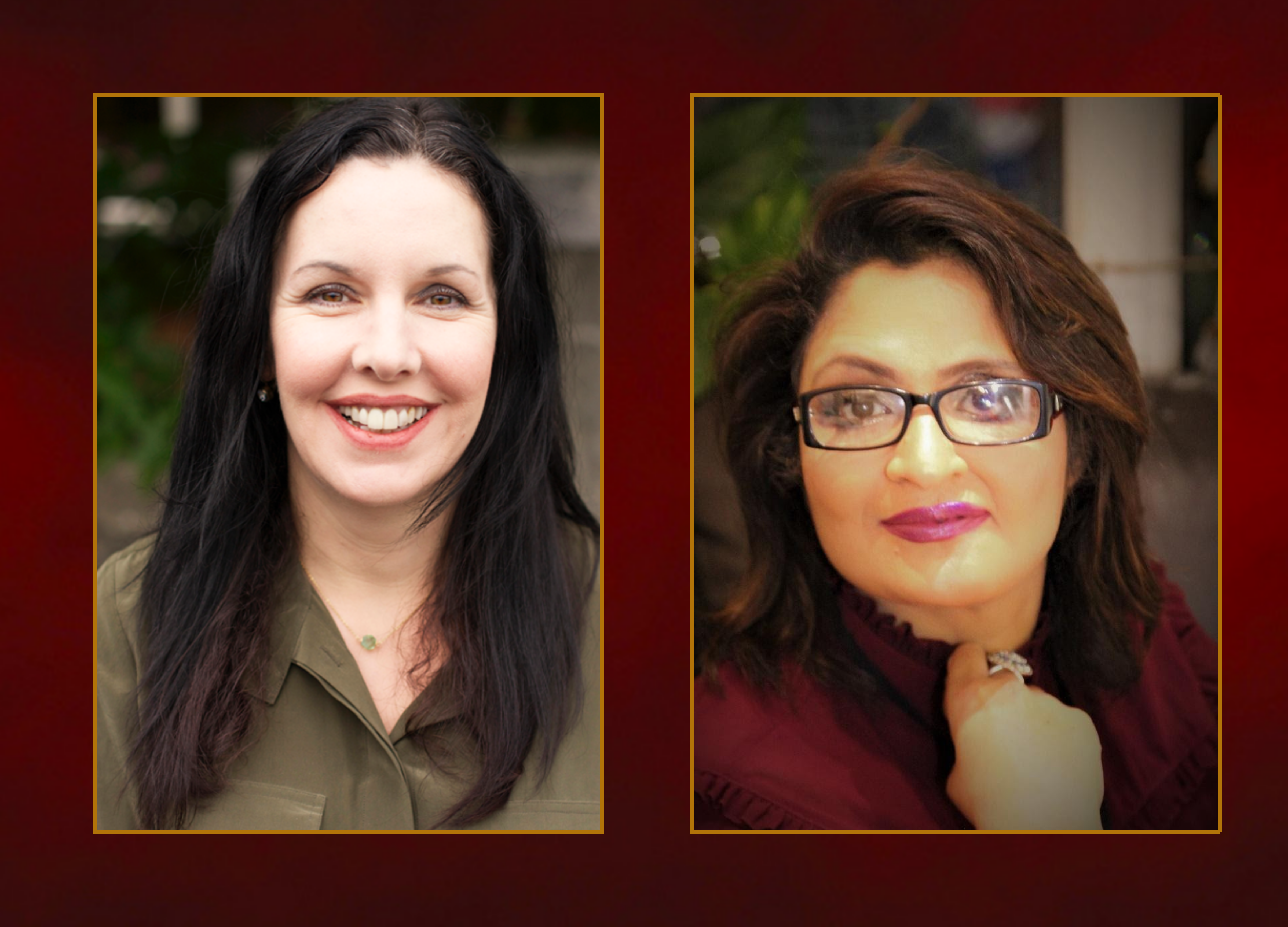 Launch of Visual Art, Poetry and Photography exhibition as part of Transformative Memories in Political Violence at the dlr Mill Theatre Dundrum

Mary Moynihan is a writer, poet, theatre and film-maker, and Artistic Director, Smashing Times International Centre for the Arts and Equality, Ireland. Mary’s work explores stories linked to historical memory in  war and conflict and focuses on the role of the arts to promote equality, diversity,  human rights, gender equality and peace. Mary is Artistic Curator of the annual Dublin International Arts and Human Rights Festival (DAHRF) and is co-curator with Amna Walayat on the State of the Art: Transformative Memories in Political Violence multi-media exhibition.

The event facilitator is Ciara Hayes, Smashing Times International Centre for the Arts and Equality. The official launch is conducted by Cllr Emma Murphy, Mayor of South Dublin County Council.

The State of the Art: Transformative Memories in Political Violence exhibition is hosted at The Chocolate Factory, Dublin 1, and Gallery Space, dlr Mill Theatre Dundrum for the 2022 Arts and Human Rights Festival presented by Smashing Times International Centre for the Arts and Equality and Front Line Defenders with a range of partners.  The chapter of the exhibition hosted at the dlr Mill Theatre gallery features the work of writer and artist Mary Moynihan and visual artist Amna Walayat responding creatively to themes of freedom, change, transformation, power and control.

This chapter of the exhibition at dlr Mill Theatre gallery features the work of writer and artist Mary Moynihan and visual artist Aman Walayat responding creatively to themes of freedom, change, transformation, power and control.

In a series of visual art poetic visions consisting of photography and poetic expressions created under the title of Paradise Lost and Found, artist Mary Moynihan explores the internal journey of a person experiencing loss and crisis and the possibility of finding a way through.  Reflecting on ‘A Broken Heart, Imperfections, Finding My Way, Dreamscape and Freedom’ the artist explores ways to hold on to the courage to carry on and let ourselves shine.

The work of visual artist Amna Walayat is informed by Michel Foucault’s[1] ideas on power and Edward Said’s[2] work on Orientalism.  Using the medium of traditional and neo-Indo-Persian miniature painting and the language of symbolism, Amna’s work expresses her hybrid cultural experiences with artworks on display created under the titles of Migration and In the Name of Shame. The artist says ‘being female, Asian, and Muslim, and a migrant, mother and artist, these are all the strands that are personal but also provide me with the opportunity to connect with global issues in general. My paintings are silent protests or performances against violence experienced by women and children, particularly in various cultural contexts’.

The exhibition is launched by Cllr Emma Murphy and will feature speeches from the artists and curators, Mary Moynihan and Amna Walayat.

Amna Walayat is a Cork-based Pakistani-born emerging mixed media visual artist. Her current practice is based on traditional and neo-Indo-Persian Miniature painting, expressing her hybrid cultural experiences and her position as migrant artist.  Recently, she mounted her first solo exhibition as a part of the Cork mid-summer festival under Pluck Project (2022). Her work was exhibited in the yearlong exhibition The Narrow Gate of Here and Now at IMMA (2021-2022), 191 RHA (2021), Dublin Arts and Human Rights Festival in Chester Beatty and Mill Theatre (15-24 October 2021) and with a two-person show at LHQ (March 2021).

She is interested in the promotion of South Asian Art and Culture in Ireland and Europe. She has worked as Creative Producer in Residence with Cork County Council for her community-based project ‘South Asia Community Museum in Ireland’.

Amna has an MA in Modern and Contemporary Art History Theory and Criticism from UCC, and an MA in Fine Arts from Punjab University, Lahore. She has worked as Programme Organiser with the Pakistan National Council of Arts and as a Curator with Alhambra Arts Council (2001-07). She has  worked with Cultural Action Europe as a MENA Cultural Agent for advising on policies (2021).  She is a member of Sample-Studios, Backwater Artists, Art Nomads, Smashing Times International Centre for the Arts and Equality and Visual Artists Ireland, and is a recent recipient of The Arts Council Ireland’s Next Generation Award and Project Arts Centre Bursary Award.

Cllr Emma Murphy was elected to South Dublin County Council in 2016 and re-elected in 2019. Emma is a member of the Fianna Fáil party and was extremely active during the referendums for Marriage Equality and Repealing the Eighth Amendment (Abortion Rights in Ireland) over the past number of years.

Emma’s background is in the NGO sector and previous roles include working as a Communications and Fundraising professional with NGO’s in the areas of Intellectual Disability, Education, International Development and LGBTQ+ Sport. In July 2020 Emma took up the position of Communications Director for Barry Andrews MEP of the Renew Europe group in the European Parliament.

Emma’s other passion is sport and she has recently graduated from the Ladies Gaelic Football Association’s Learn to Lead programme which empowers females in sport. Emma has used this platform to advocate for community, sport and LGBTQ+ issues via this forum.

Emma lives in Ballycullen in South Dublin with her wife Caroline and their miniature Jack Russell named Junior.