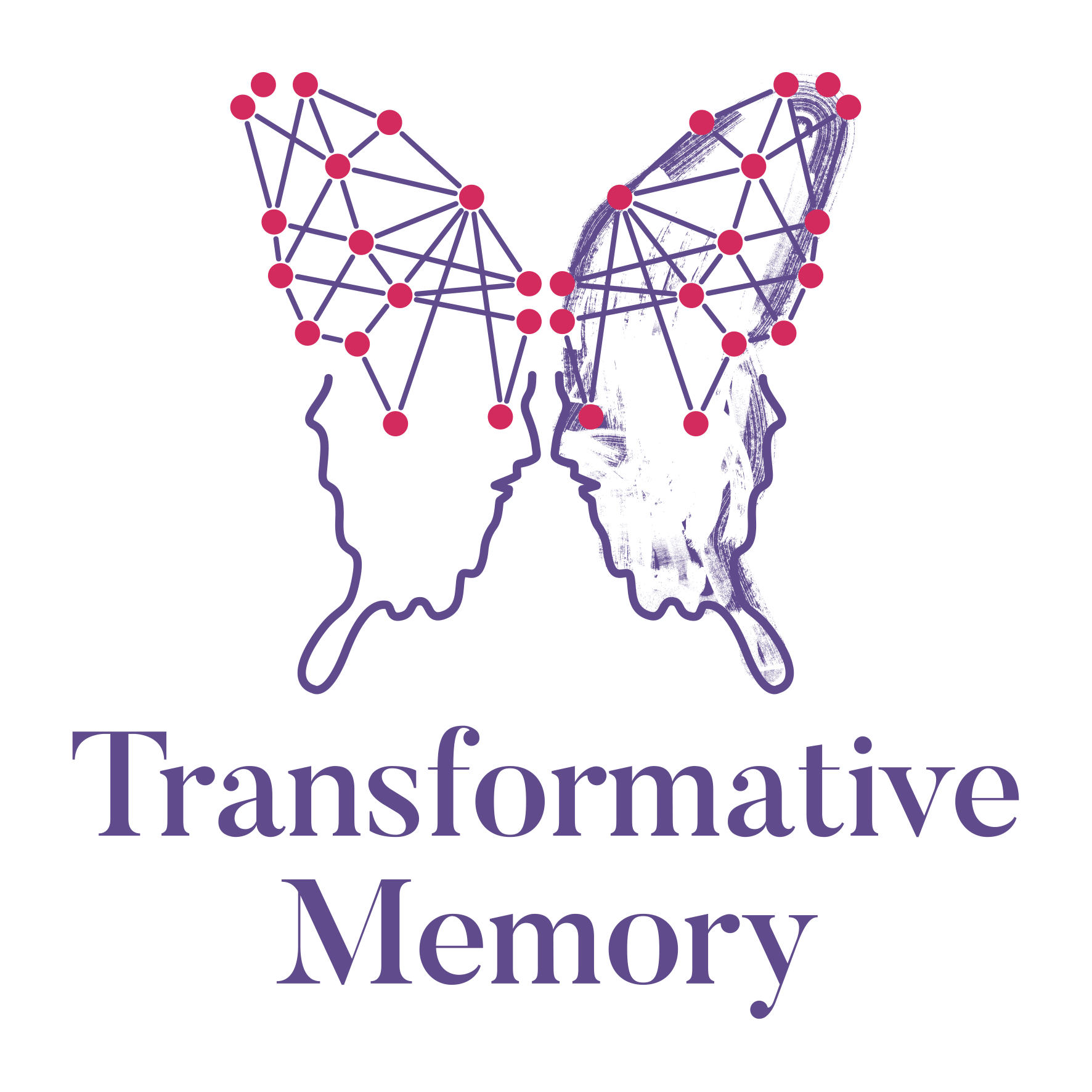 Erika Diettes (Bogota, Colombia) is a visual artist and social communicator who graduated from the Pontificia Universidad Javeriana and has a master’s degree in Anthropology from the Universidad de los Andes.  Erika’s work focuses on victims of violence. One of Erika’s focuses is her outstanding work with victims of the Colombian armed conflict, an exhaustive work that has been recognized and supported by each of the mourners and victims, who have contributed for her images not only their stories but the objects and crucial references in her creations. She is known internationally thanks to the different places she has taken her exhibitions and the awards she has received. https://www.erikadiettes.com/

Alit Ambara is a visual and graphic artist and cultural activist from Indonesia, specialising in poster art. He has engaged in various movements for upholding human rights and social justice in Indonesia and Timor Leste since the early 1990s creating posters to respond to social-political issues. He is the founder of Nobodycorp Internationale Unlimited, an initiative to encourage serious discourse about social or socio-political issues through its posters and under this label, he regularly disseminates political messages in thousands of images through various social media channels. https://indoartnow.com/artists/alit-ambara

Jeff Korondo is a solo musician, singer and songwriter from Uganda, whose work promotes a range of human rights issues including children’s rights and peaceful democracies.

Women’s Advocacy Network, Uganda:   Artworks are on display from the  Women’s Advocacy Network, Uganda with photography by Diana Ajok and the work is represented by Abiya Fatuma and Docus Atyeno, activists from Uganda, who present on the Bead Project, on Ugandan textiles and on the Women’s Advocacy Network. The Women’s Advocacy Network (WAN) is an association of women working for a better future after a long war in northern Uganda.  The women were abducted as schoolgirls by the Lord’s Resistance Army, (LRA) who fought the Government of Uganda between 1987-2008 and forced into so-called marriages with rebel commanders with whom they bore children.  On return, the women organized to support each other, share their stories, and encourage each other, telling their stories as survivors of conflict related sexual violence so that others with know exactly what happened. WAN has collaborated to tell their stories for more than a decade with the Transformative Memory International Network members Erin Baines (University of British Columbia) and poet Juliane Okot Bitek (Queen’s University) through life history books, publications, poetry and art.

Established in 2019 following nearly a decade of informal exchange and research collaboration between partners, the Transformative Memory International Network is a collective of scholars, artists, social movement leaders, community-based organisations and policymakers, engaged with the question of what makes memory transformative of legacies of violence, our sense of self and responsibilities to others. Network members are from Colombia, Uganda, Indonesia, Canada and Northern Ireland. Our lines of inquiry and methodology build on knowledge exchange amongst Network members and partners around key questions: How do we remember responsibility for mass and state-sponsored violence? What do we learn from the strategies of powerful actors to deny responsibility? How does remembering responsibility shape present and future relations and ways of being together in land, community, country, and global politics?

The Transformative Memory International Network is travelling throughout Northern Ireland with for both closed and open events.

This workshop will introduce Northern Ireland’s practice-based research into photographic representation of conflict, with examples of relevant work from the Troubles to the present day. The morning will include discursive talks and exhibition visits beginning at the university and walking through the city centre via Belfast Exposed Gallery to the Ulster Museum. We will look at how photographic artists have challenged simplistic photojournalism of conflict through the work of artists such as Victor Sloan, Mairead McClean and Tabitha Soren and the collaborative project Now You See Me Moria, as well as emerging artists from the Belfast School of Art.

https://www.belfastexposed.org/exhibitions/here-mairead-mcclean-northern-irelandinternment/
https://www.nmni.com/whats-on/against-the-image-photography-media-manipulation-
2022
Clare Gallagher has been a lecturer in photography since 2003 and her research focuses on
making women’s experience of home and the everyday visible. Her work The Second Shift
was published as a book in 2019, has been exhibited internationally and was nominated for
the Deutsche Börse Prize in 2021. She currently supervises practice-based PhD projects on women and conflict, post-memory, the missing Black body in archives of war, memory and land, and collaborative photography with victim & survivor groups.
https://pure.ulster.ac.uk/en/persons/clare-gallagher
www.claregallagher.co.uk

This event takes an alternative tour through the city of Belfast. Drawing on recent findings
from the Hidden Barriers research programme at Ulster University, the tour visits a range of
divisive architectural installations put in place by a confidential government security
committee during ‘The Troubles’, the period between 1969 and 1998 when the sectarian
conflict in and about Northern Ireland was at its most extreme. Whilst Belfast’s highly visible
and widely recognised ‘peace walls’ are both major tourist attractions and the subject of
dedicated government conflict-transformation policy seeking their removal, these hidden
barriers are instead a little-known and fundamentally overlooked legacy of conflict. Made up
of ordinary, ‘everyday’ parts of the built environment such as shops, houses, factories, roads,
and landscaping, they effectively hide in plain sight across the city. The tour travels to the
north, east and west of Belfast to reveal first-hand the ways in which these seemingly benign
structures actually act as hidden peace walls between Catholic and Protestant communities
which enforce social and physical division in unseen and problematic ways.

The Hidden Barriers research programme at Ulster University is led by Dr. David Coyles, Senior
Lecturer in Architecture at the Belfast School of Architecture and Built Environment. Hidden
Barriers examines how the processes of political, economic, military and ideological conflict
shape urban space and community development. The ongoing work of the programme builds
on a series of grant awards from the UK Arts and Humanities Research Council (AHRC), which
have so far funded seven years of investigations into cities such as Belfast, Derry, Liverpool,
Bilbao, and Detroit. The tour will stop at a number of locations where participants will be
invited to leave the bus for short intervals and walk around the immediate area.

This workshop will involve visits to three collections in two locations which gather items to
help people to understand the complexity of the conflict.

First we will visit the Linen Hall Library, founded in 1788, it is the oldest library in Belfast and
the last subscribing library in Northern Ireland. Amongst its various collections are The
Political Collection and Troubled Images. The Everyday Objects Exhibition is currently
hosted by LibrariesNI and we will visit part of it in a Library in a Belfast suburb.
The Political Collection is an archive gathered by the Library since 1968 of items relating to
the ‘troubles’ and peace process. It includes thousands of artefacts, books and pamphlets,
leaflets, posters, and periodicals, encompassing all shades of opinion. In the political collection, academic studies and government publications are housed alongside more ephemeral items such as election flyers, badges, postcards and Christmas cards. The ephemera is a particular strength of the collection – from miniscule messages written on cigarette papers by Hunger Strikers in the 1980s, to the original plan clandestinely produced by Maze prison inmates for the 1983 IRA escape plan, and rarely-seen
photographs of the main political players.
Troubled Images is some of the several thousand posters in the political collection reflecting the extraordinary outpouring of political imagery in Northern Ireland during this period. These posters give real insight – they are the physical remnants of the times in which they were collected and serve as historical documents that help us to better understand those times; conveying the messages of the moment, stirring emotions, encouraging reflection or in many cases promoting action.

Everyday Objects Transformed by the Conflict is an Exhibition which brings together many
views and experiences of the recent conflict in and about Northern Ireland. The exhibition
reveals both unique and everyday stories through a range of loaned objects and their accompanying labels, all written in the words of those who own them. The exhibition does not aim to agree on one single version of history but instead lets people from various backgrounds speak for themselves.
Objects such as a bin lid used as a street communication tool in nationalist areas, a bullet-proof clipboard used by the security forces, as well as a matchbox with a well-known unionist slogan ‘Ulster says No’ printed on its cover are examples of the range of diverse objects on loan for this exhibition. The stories behind these objects not only offer a glimpse into the everyday lives and memories of individuals,
communities and organisations, they also help visitors explore the nature, causes and effects
of conflict.

On the last day of our shared space as Transformative Memory International Network, Conflict Textiles will facilitate a hands-on workshop which aims at communicating, via scraps of cloth, needle and thread, a material and tactile response to the displays of arpilleras and other textiles exhibited at The Chocolate Factory in Dublin; Ulster Museum & Ulster University in Belfast; and Ulster University Magee Library and the Great Hall in Derry. No sewing skills are required and the outcome created by of participants will be added to existing exhibited work.

Roberta Bacic, Chilean, resides in Northern Ireland and is the collector and curator of Conflict Textiles.

Deborah Stockdale is a Donegal-based textile artist who provides textile expertise in the
maintenance and preparation of textiles for exhibitions of the Conflict Textiles collection. See
https://cain.ulster.ac.uk/conflicttextiles/

MATERIAL CULTURE & MEMORY WORKSHOP
As Northern Ireland seeks ways to deal with the memory of the conflict, artefacts associated
with the period, which can be ascribed with an aura of historical authenticity, are placed on
public display as yet another means to employ the past. This workshop will explore the role
of memorial museums as housing such artefacts specifically as deliberate acts that is seeking
public acknowledgement and action for those who suffered in conflict. It will draw on local
museums and projects, but also provide a vehicle to share experiences with international
participants to critically discuss these questions.

Elizabeth Crooke is Professor of Heritage and Museum Studies at Ulster University where she
writes in the areas of museums, material culture and memory studies. She has published
Heritage After Conflict (Routledge 2018 ed. with Maguire); Museums and Community: Ideas,
Issues and Challenges (Routledge 2007) and Politics, Archaeology and the Creation of a
National Museum of Ireland (Irish Academic Press 2000). Her peer-reviewed articles can be
found in Cultural Geographies; Memory Studies; Museum and Society; Irish Studies Review,
International Journal of Heritage Studies and Irish Political Studies.

In responding to the aftermath of the Northern Ireland conflict, the Derry Playhouse has been
the centre for testimonial theatre that engages with the personal, lived experience of
different sections of the population. To date, this work has engaged with former
paramilitaries, former members of the security forces, refugees and asylum seekers,
bereaved parents, and front-line workers in the medical services and in journalism. This
workshop will explore the creation of testimonial work through video and discussion of
existing performances, and creative exercises that engage with the memories of the
participants.

Dr Lisa Fitzpatrick is Senior Lecturer in Drama at Ulster University. She works in the areas of
theatre, gender-based violence and conflict, and contemporary theatre practices in Ireland.
She has published Rape on the Contemporary Stage (Palgrave 2018) and Performing Violence
in Contemporary Ireland (Carysfort 2013), as well as edited volumes on Irish women
playwrights, feminism in Ireland, postcolonial theatre, and Irish theatre in translation. Her
peer reviewed articles can be found in Modern Drama, Performance Research, and
Contemporary Theatre Review. She is the Associate Editor of Theatre Research International
and convenes the Feminist Studies Working Group for the International Federation of Theatre
Research.