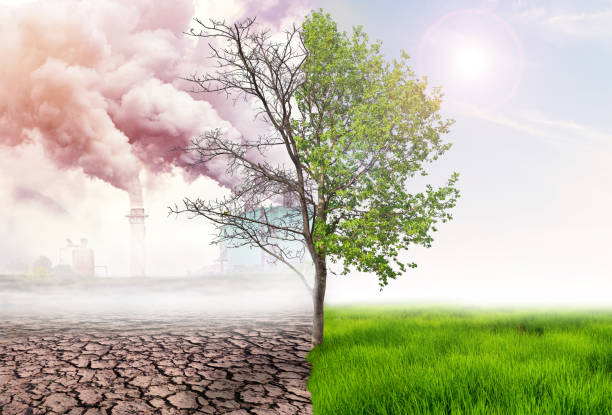 Smashing Times artists and facilitators Michael McCabe and  Vanessa Ogida facilitate energetic arts-based workshops with secondary school students from across Dublin on the themes of the arts, climate justice and human rights.. The workshops have been designed by Smashing Times International Centre for the Arts and Equality artists Michael McCabe, Mary Moynihan, Ciara Hayes and Vanessa Oggida and use theatre and drama techniques to explore climate change, climate justice and biodiversity. The workshops are supported by Concern and WorldWise Global Schools. The workshops are conducted as part of a year-long programme called Creative Eco-Centre for the Arts, Climate Justice and Human Rights – see further information below.

“There is a magic machine that sucks carbon out of the air, costs very little, and builds itself. It’s called a tree.”

What would such a centre look like, where would it live and what will it achieve? All questions to be answered by young people working with artists and partner organisations, coming together to create a collective vision for a Creative Eco-Centre for the Arts, Climate Justice and Human Rights to be presented for the 2022 Dublin Arts and Human Rights festival.

The Creative Eco-Centre is an innovative, online space with an online exhibition  and associated information created by students working with  artists and facilitators to highlight global citizenship, climate justice and human rights.  The centre has an information and Education hub with content from Smashing Times, Concern and from students on global citizenship, climate justice and human rights and access to online training; and a social media space for youth.

The virtual centre contains a gallery space with artworks and images from artists and young people; an information and Education hub with content from Smashing Times, Concern and from students on global citizenship, climate justice and human rights and access to online training; and a social media space for youth. The Creative Eco-Centre will feature an online exhibition  created by the students working with theatre practitioner and facilitator Michael McCabe to highlight global citizenship, climate justice and human rights.

A real site for Smashing Times and the centre is an aim to be worked on throughout 2022.  Young people work with artists and facilitators on the overall design of the online Creative Eco-Centre with content provided by the young people with support from the artists and partner organisations. The aim is to create an online Creative Eco-Centre with a visual art and poetry exhibition using the arts to promote climate justice with input from young people in terms of design and content and to raise awareness of the Dublin Arts and Human Rights festival with young people, encouraging students to engage in creative arts practice exploring links between social activism, climate justice, development education and human rights on a local and global scale.

Smashing Times are working with schools in Ireland and schools in an African Nation using creative processes, new digital technologies and social media activism to engage the students in the collaborative design of a ‘Creative Eco-Centre’ exploring global citizenship education and Climate Justice linked to Human Rights to be housed on the new online Smashing Times virtual arts space. Our aim is to work with students from  January to December  2022, supporting the students to firstly create  visual designs and ideas for what they want the new Creative Eco-Centre to look like and secondly to create content for the Creative Eco-Centre, an online exhibition  created by the students working with an artist and facilitator to highlight global citizenship, climate justice and human rights.

Gathering on the Pond is a dazzling storytelling performance suitable for families that is fun, magical and sparking. A theatricality staged fusion of story, colourful costumes and fun moments intersected with dialogue, and song on science, community connections and the environment, and a love of dreams!

Professor Magpie Lovelace arrives in a panic. She is a scientist who loves birds and music. It’s her first day in her new role as Choir Director and she’s late. Well, she travelled there on the infamous number 46a  bus, so say no more. Her choir, The Rockin’ Robins, have been singing the same old tired tunes for years now and with the Dawn Chorus Competition fast approaching Professor Magpie, our Professor of Ornithology, wants to try something new. She loves birds, they speak to her and she understands their harmonies and melodies which are full of passion. But their future is bleak and under threat! Professor Magpie wishes to create, with the help of her choir, a song that will teach future generations to respect our feathered friends and keep their future safe.  A young scientist, a bus conductor, the dawn chorus and big dreams!  And especially . . .  the right to dream of a better world! What will happen next?  The play provides information on  climate change linked to concepts of justice, equality, diversity and human rights and raises awareness of  social activism amongst young people, all displayed in a fun and entertaining way.

This theatre performance for all ages highlights our local Irish wildlife, along with simple steps that we can all take to protect it. Based on themes of sustainability and promoting women in STEM, ‘Gathering on the Pond’ uses music, songs and lots of sparkle to engage with younger audiences.  Written by Aoife Reilly, Mary Moynihan and Michael McCabe, and based on an original scenario by Mary Moynihan, Gathering on the Pond makes complex themes accessible to audiences of all ages, and use creative processes of music, song and dance for a fun and engaging theatre experience.