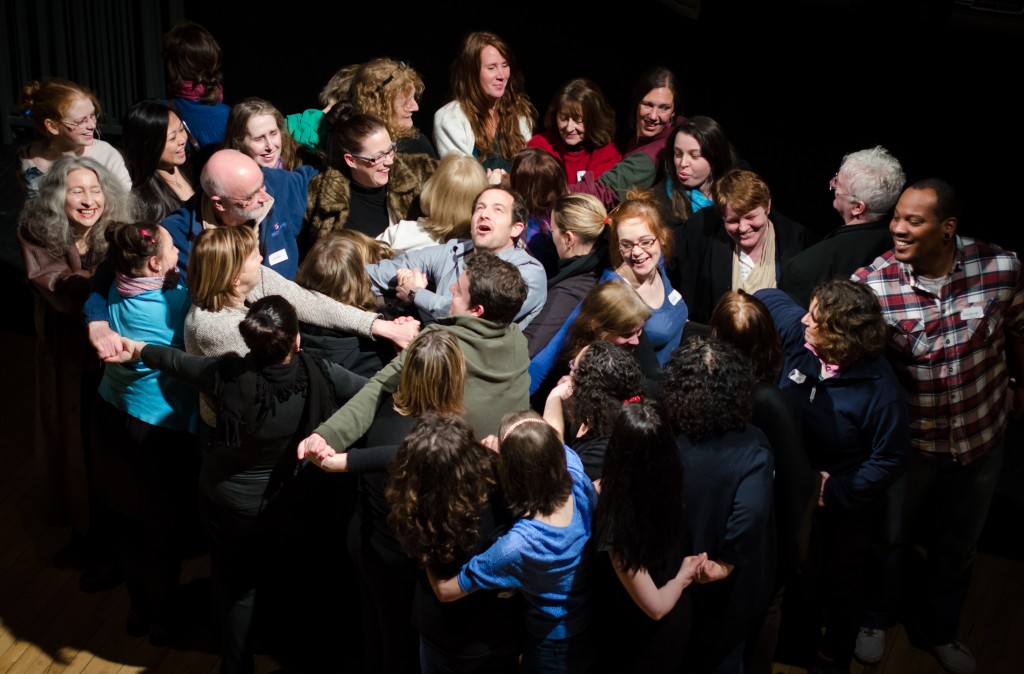 MemoLab Workshop and Panel Discussion with artists from State of the Art: Transformative Memories in Political Violence

Performing Memories is a  practical theatre based workshop followed by an artist talk. The event begins with an hour long interactive and participatory creative arts workshop conducted by Michael McCabe and based on the State of the Art: Transformative Memories in Political Violence Multi-Media Exhibition which is situated in the space where the workshop takes place.  The workshop runs from 10-11am and requires active participation in games and exercises and is followed by a panel discussion with artists Amna Walayat, visual artist and curator, Pakistan and Ireland; and Michael McCabe, actor, choreographer and facilitator, Fernanda Barbosa, Fernanda Barbosa, Journalist and Historian, Colombia, and Dr Paulo Vignolo, Universidad Nacional de Colombia.

Artists Amna Walayat, Pakistan and Ireland, and Michael McCabe, Ireland, come together to share their artistic arts practice and the role of the arts in ‘performing memories’, looking at performing and visual arts practice arising out of war, conflict, equality and human rights. The Facilitator is Cate Turner, Executive Director, Healing Through Remembering, Northern Ireland.

Amna Walayat, Pakistan and Ireland, is a visual artist and curator, specialising in Pakistani miniature painting. Amna speaks about her work as a visual artist and curator exploring a range of themes including violence against women, feminism,  war, conflict, equality and human rights. She speaks on her work as co-curator of the State of the Art: Transformative Memories in Political Violence exhibition co-curated with Mary Moynihan, artist and Artistic Director, Smashing Times International Centre for the Arts and Equality.

Michael McCabe is an actor, choreographer and facilitator with Smashing Times International Centre for the Arts and Equality, Ireland. Michael speaks about his work using the arts for peace and reconciliation in Northern Ireland and how his international training with SITI Company and Tadashi Suzuki impacts on his work in equality and rights.

Fernanda Barbosa, Photographer and Journalist, Colombia will speak about her contribution to the Transformative Memories in Political Violence exhibition at the Chocolate Factory and the work of Rutas del Conflicto (Routes of the conflict), an independent and digital native media that gathers reliable information about the armed conflict in Colombia, through the convergence between traditional and digital formats, including data, investigative and citizen journalism tools.

Amna Walayat is a Cork-based Pakistani-born emerging mixed media visual artist. Her current practice is based on traditional and neo-Indo-Persian Miniature painting, expressing her hybrid cultural experiences and her position as migrant artist.  Recently, She has mounted her 1st solo as a part of Cork mid-summer festival under Pluck Project (2022). Her work exhibited in the yearlong exhibition The Narrow Gate of Here and Now at IMMA (2021-2022), 191 RHA (2021), Dublin Arts and Human Rights Festival in Chester Beatty and Mill Theatre (15-24 Oct) and a two-person show at LHQ (March 2021).

She is interested in promotion of South Asian Art and Culture in Ireland/ Europe. She has worked as Creative Producer in Residence with Cork County Council for her community-based project “South Asia Community Museum in Ireland” and with Cultural Action Europe as MENA Cultural Agent for advising policies.

Amna has an MA in Modern and Contemporary Art History Theory and Criticism from UCC, and an MA in Fine Arts from Punjab University, Lahore. She has worked as Programme Organiser with the Pakistan National Council of Arts; Curator with Alhamra Arts Council (2001-07). She has also worked with Cultural Action Europe as MENA Cultural Agent for advising policies (2021). She is a member of Sample-Studios, Backwater Artists, Art Nomads, Smashing Times and Visual Artists Ireland, and a recent recipient of Arts Council Ireland’s Next Generation Award and Project Arts Centre Bursary Award.

Paolo Vignolo is associate professor of history and humanities at the National University of Colombia, Bogota. He holds a PhD in history at the École des Hautes Études en Sciences Sociales (E.H.E.S.S.) of Paris. His fields of research and creation deal with public history, cultural heritage and memory studies with a focus on geographic imaginaries, live arts and performance. He is associate researcher at the Centre of Historical, Anthropological and Cultural Research –CIHAC of Panama and has been visiting scholar of the David Rockefeller Center for Latin American Studies (DRCLAS) at Harvard University in 2013. He is also a member of the Hemispheric Institute of Performance and Politics of the New York University, the Transformative Memory Network of the University of British Columbia, Vancouver and the “Collective memory and practices of resistance” work group of The Latin American Council of Social Sciences – CLACSO.

Fernanda Barbosa dos Santos is a journalist and historian who works for Rutas del Conflicto media outlet, with a main focus on investigative and data journalism about conflicts and peace processes in Colombia. She is currently a PhD candidate in human and social sciences at Universidad Nacional de Colombia, with a project about peace journalism, storytelling and memory. She worked as a consultant to the Colombian Truth Commission, as a professor at Universidad del Rosario (Colombia), and as a reporter in local and international sections of Grupo Folha and the Lusa news agency, in Brazil.

Michael recently completed training with SITI Company, New York, while artist in residence at the Civic Theatre, Dublin. Michael also travelled to Japan to train for five weeks at the Suzuki Company of Toga, under the mentorship of Tadashi Suzuki, in association with Smashing Times.