Smashing Times are delighted to be involved in the Leith Theatre production of the Karl Kraus play The Last Days of Mankind. The play is an epic anti-war satire, and is translated here by Patrick Healy, Irish Joycean poet, philosopher and professor. The play will be performed at the Leith Theatre Edinburgh on the centenary of the Armistice on November 11, 2018, exactly 100 years after the ending of World War I. The international cast are joined by Smashing Times actors Michael Bates and Michael-David McKernan. 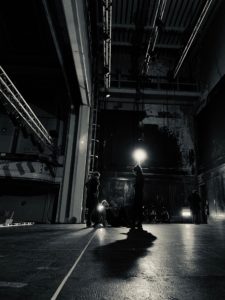 Rehearsal of Last Days of Mankind

Michael Bates has written a blog on his recent talk given at Café Europa about the show. Here is the blog in full:

Leith theatre is a beautiful, cavernous, building designed as a civic space and a gift to the people of Leith, as their town was subsumed by the expanding and solidly hewn metropolis of Edinburgh. As I sit here tonight waiting to give a presentation on the work of Smashing Times it looks more like a cabaret bar from Weimar era Berlin. People huddle around small luxuriously covered, candle-lit tables waiting for the show to begin.

Café Europa is a four-day festival of European Theatre where the participants in The Last Days Of Mankind, the production I’m here to perform in, will be joined by local artists to present work and share their stories. I will be giving a brief talk on the work, ethos and aims of Smashing Times and showing the short film, Tell Them Our Names, produced by the company. I will be the last of three presenting tonight, the first night of the festival. 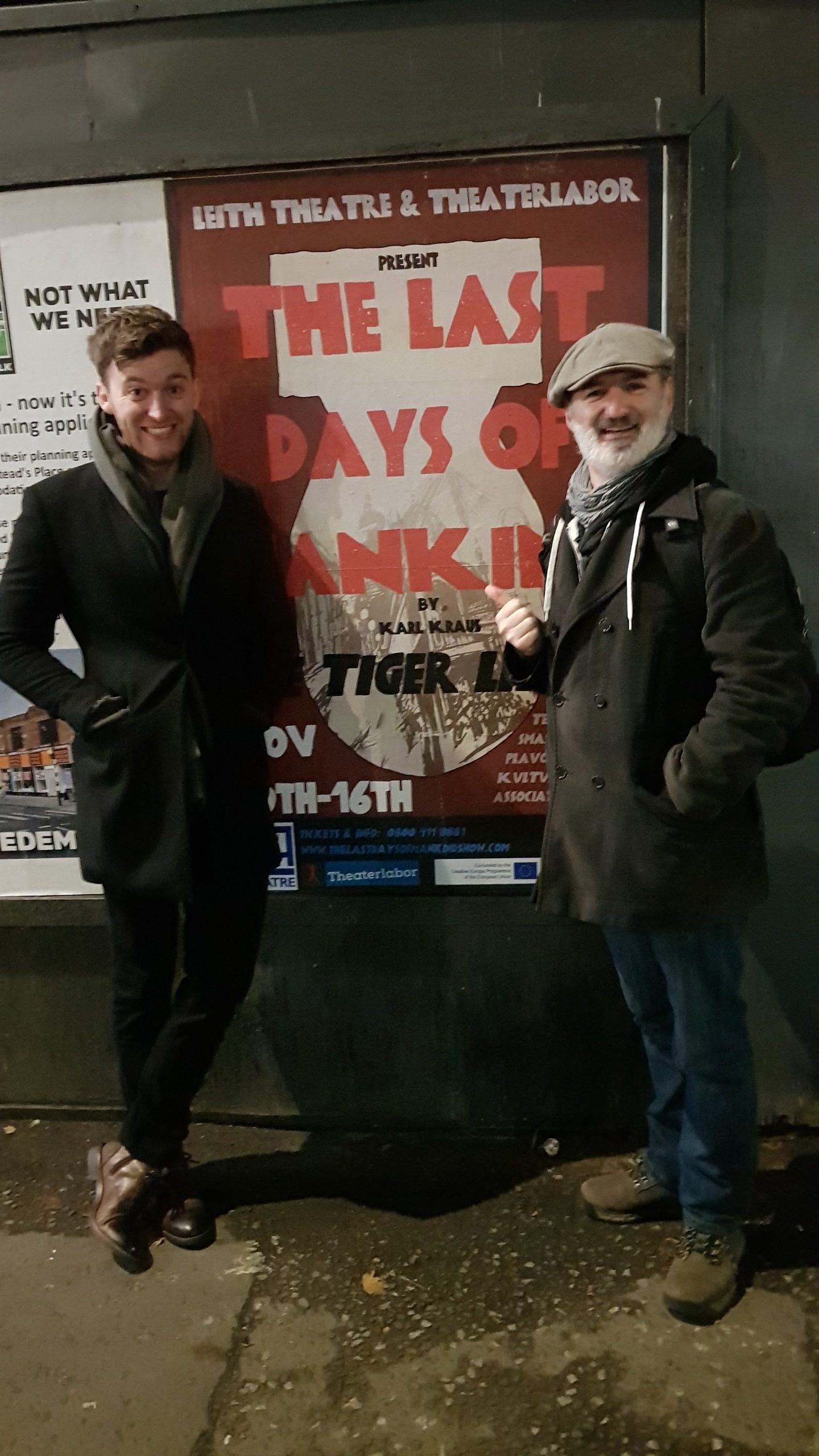 First up, Siegmar Schroeder of Theaterlabor, Bielefeld, Germany, one of the lead partners in this project (along with Leith theatre itself), gives a very relaxed and engaging presentation on the work of his company. He shows videos of previous international collaborations with other companies and stresses how, even though the circumstances can be very challenging, with ingenuity and a willingness to adapt, work of real quality can be produced. He could be talking about The Last Days Of Mankind, the huge, unwieldly beast of a play we are gathered here to stage in less than two weeks! My stomach tightens with a pang of nervous excitement at that thought.

Next up is John McCann, Dundee, Scotland who first speaks about his background growing up in an Ulster torn by sectarian violence, then performs excerpts from his one man show, DUPed, about the impact and legacy of the Rev Ian Paisley. As John finishes, it strikes me how strange it is that as individuals we can just as easily become a force of judgement and division, or a force of tolerance and cohesion. It seems to me, in this moment, to be a matter of choice.

It’s time for me to present. I brace myself and as I take my position in front of the audience I realise that, in a small way, the work that we are all doing on this international project is important because it is a very conscious decision for tolerance, cohesion and the extended hand of friendship. Perhaps now, in this current climate of polarised views and post-truth rhetoric, it might just be more important than we can know.

Michael studied in Trinity College Dublin and trained at the Focus Stanislavski Studio. He has successfully completed projects with nationally and internationally renowned clients such as BBC, CBBC, ITV, Showtime, Sky, RTE, Irish Times, Eircom, Volkswagen and Ireland’s National Theatre, The Abbey. He has facilitated workshops on improv skills and audition technique. One of the enduring highlights of his career was performing the solo show, McKenna’s Fort (a one man show about the controversial historical figure, Irish humanitarian and rebel leader, Roger Casement) for President of Ireland, Michael D Higgins.